Samrat Plywood Limited, India's leading Plywood and Mica (HPL) Company is nestled in India's most well planned city, Chandigarh. State-of-the-art manufacturing facilities are based at Derabassi (Punjab) and Nalagarh (Himachal Pradesh) with wide marketing network and a strong workforce of more than 2000 people. It has grown to be among the top five plywood and mica brands in the country and has explored the available exporting opportunities as well.

Ever since Samrat was incorporated as a company more than 20years ago in 1987, it has grown its strength with innovation, peerless quality and cutting edge expertise. Samrat, as suggested by its meaning, has emerged as a leading name in the plywood industry. The company has attained the technological prowess and expertise through its manufacturing plants which are best updated across the globe. It offers a variety with unique features comprising the myriad plywood, boards, shuttering, decorative veneers, high pressure laminates, flush doors, commercial plywood etc. the diversified bouquet of products have enabled a viable place for the company in a highly competitive market.To know more about all our products, please refer to our company website www.samratply.in

Currently, Samrat has spread its footprints across 16 states and over 300 cities across Indiawith the support and cooperation of its distributors, dealers and associates. After gaining grounds in the domestic market, management is keen on entering the international arena and developing international market for its products. Company exports to Malaysia and look forward to venturing out into newer grounds.

Since inception, the company has left no stone unturned to work relentlessly towards the goal of attaining the remier position in the industry. Pursuing innovation and relentlessly continuing the expansion, diversification and modernization of our plants, we have devoted ourselves to design, development, improvement and production of Plywood, Laminates and wood working techniques. Primarily, Samrat's manufacturing facilities can be categorized under three heads, details of which are as follows :

PLANT : SAMRAT PLYWOOD LIMITED - MICA(HPL) DIVISION
The plant is located at Nalagarh (Himachal Pradesh), manufacturing Decorative High Pressure Laminates.
The plant manufactures laminate sheets of thickness varying from .60mm to 12mm. Amongst which, the prime product manufactured is the laminates sheets with 1mm thickness. The production capacity of the plant is 1lakh sheets per month.

From nature to imagination, Samrat brings an ensemble of laminates, well chosen to decorate your spaces conceding your thoughts. Our Collection is an epitome of contemporary trends and designs across the globe. The extensive range of fascinating colors, captivating shades, pioneering textures and stunning finish that we provide individuates us from the rest. The laminates developed by Samrat give the space a rich and an elegant look. Amongst the wide-ranging laminates offered by Samrat are also the interiors and exterior grade compact laminates.

High Pressure Laminate Exterior Cladding has become an increasingly popular feature to enhance the appearance of a new or renovated facade. These panels are produced in laminate presses under high pressure and at high temperatures, maintaining the global standards. It has a superior weather protective coating that comes with double hardened resins, providing longevity to the building facades. According to the penchant of today’s world, Samrat has formulated its catalogue introducing spectacular designs for covering the facades. Catalogue showcases the most popular clad designs that are being used by our clients. Solid colors exterior grade cladding is also an option to explore.

Samrat has introduced wide range of interior grade cladding. The raw material used for producing the compact laminate is best available in the market. From solid colors to wood grains, Samrat Interior grade laminate is the most preferred option for using in the interiors. It offers captivating designs and patterns to suit all interiors and enhances their look. The quality and durability of Samrat’s interior grade clad cannot be matched. Samrat’s interior grade claddings can be applied on interior wall cladding, kitchen cabinets, countertops, cupboards, bathrooms and more. They are resistant to high impact, corrosion, moisture, microbial threats and even fire. They are also easier to use and maintain, which makes them to be the most suitable material for interior décor.

Consistently flourishing for around last 3 decades in the industry of manufacturing plywood and laminates.

Quality of raw materials used in the product are appropriately certified.

Our specialists work on each and every project demonstrating advantages of the individual approach. We don’t doubt that you will fully appreciate the quality of our work.

We provide service along with manufacturing the product. 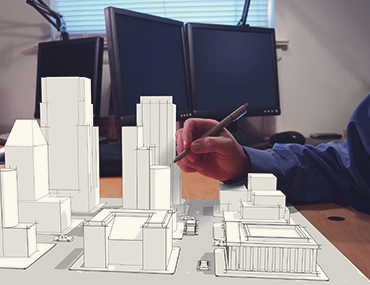 2013- Distributors and Dealers appointed in major parts of North India.

2014- Samrat Forums started in small and big cities across North India where Architects are educated more on this product by having a personal interaction on a bigger platform. Till October 2016 we completed 25 such Forums covering more than 1200 Architects.

Dynamism is the magic word, when explored at all times in each sphere has lead to growth for our company. We have tried our hands on innovating new and demand specific products and been able to provide the market with the best quality product using the most cost effective tools and resources for many years. HPL Cladding is also an outcome of the this vision. So, we clad your imagination with our product.